The International Law Responses Against Cyber-Crime 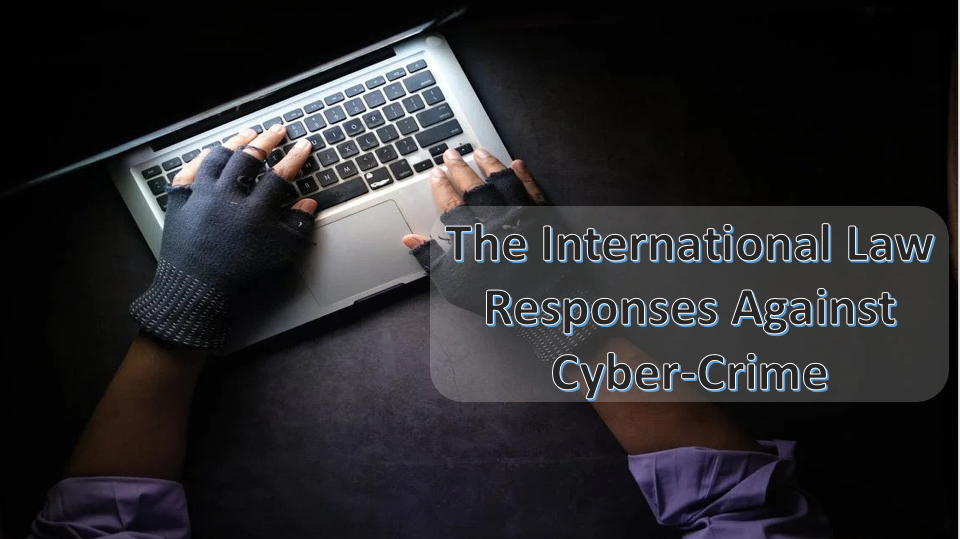 The International Law Responses Against Cyber-Crime

As the world moves faster, benefits are increasing, but these benefits come with risks. Globalization and developments of the Internet worldwide, along with the new technology plus e-commerce in the previous two decades, are all happening quickly. People found easier ways to do everything, but cybercrime is the risk that comes with these advantages and ease. Cyberspace is an essential platform for the economy plus information exchange, but it is also an open door for illegal activities. A major cause of cybercrime was the making of the Silk Road. This operational display enables operators to utilize the obscurity offered through digital coins like bitcoin to sell drugs launder money and incorporate many additional illegal activities. An additional approach to using machinery incorrectly is to generate and attack, cause harm to companies, governments and individuals. The faster upsurge in cybercrime through non-nation artists, terrorists, hackers also other criminals over the previous decades is making cybercrime a major national security problem, but we must thank International laws that respond against Cyber-Crime.

The International Law System Against Cybercrime

The nature of cyberspace is borderless, and it is the difficulty that the international law system has to face. There is a lack of knowledge and training concerning cyber-criminal activities by the personnel and local agency of police and the regulations on cybercrime linked along with the increase in fake acts in current years, leading the government to make specialized security units and agencies. They are planning to develop their role in investigating worldwide cybercrime. The law responses are weak in cybercrime; stronger regulations will make the criminals restrain from doing any illegal act that they will try to commit.

The United States of America was central to taking action against cybercrime activities. A good example of it is the Federal Bureau of Investigation, FBI and the National Security Branch, NSB, investigating cybercrime. The Department of Homeland Security DHs coordinated effectual cyber security plans. Several regulations took place in previous years like the Comprehensive National Cyber security initiative of 2008, the Critical Infrastructure Protection Act of 2014, the National Cyber Security, the Cyber Security Information Sharing Act of 2015 and the Cyber Security Workforce Act of 2014. Recognizing the context of international and political affairs is difficult is key as the state’s national security interest is usually divergent. It is all because of the effects of cybercrime on the state’s security. Probably it will fix a frontier for a worldwide contract on the making of usual global cyber security regulations. Moreover, the increase in cybercrime over the decades reflects the seriousness and threats of increased criminal acts, which requires an urgent response by international law worldwide. Cybercrime is divided into two main categories, and they are:

Here are some of the main cybercrimes that are increasing around the world:

Cybercrime Laws And Regulations In The UK

We all know that cybercrime is worldwide, taking place inside the technology, which is the thing that we rely on the most today. Now the only way is protection from it and takes firm actions that can help us decrease the crime. Over the past two years, private and commercial computing has become more common in the United Kingdom, but cybercrime is also at its peak. So it is a drill for urgency that vigilant and tighter punishments and international laws should now take place to stop the crime.

What are the international laws of cybercrime UK?

It is the first cybercrime legislation in the United Kingdom, called the Computer Misuse Act 1990, CMA. It is responsible for handling offences or malicious attacks against computer solutions involving ransoming and hacking. It covers tablets, smartphones, laptops and other devices and not just a computer. Law students today can include this law in their essays, or they can ask a professional to thoroughly search about this law and write in their essays through law essay help in UK, students can get all the help.

This act denotes the following as not legal, and law will act against them:

Law students now have many laws to write about in their essays. The law students have to include each detail about cybercrime and the laws introduced against the crimes. So if you are scrutinizing for laws that were introduced against cybercrime, then you can find a lot of international laws that are now working and trying to stop the criminal acts taking place online. It is a very big harm to schools, companies, government, community and individuals. Therefore, there are few of the professional international law essay writing services in UK that has come forward to cater the requirements of law students regarding such issues. The laws are still not introduced in many places against cybercrime, but the law system is trying to work it out as soon as possible. They will try to know the nature of people who commit cybercrime to bring more laws and end this crime. As a student, you will have to search for more information and clear your points in the essay. Suppose you are finding it difficult because of any reason. In that case, you can also take law essay help the UK and get instant assistance from the professionals. They have a great experience as they can search and provide original content about cybercrime and cyber security, which will make a very essay for you. You can achieve good grades without much effort and save time for other things. Disclaimer: We are a legit writing assistance company, providing research material for study purposes to UK’s Students. We do not allow direct submissions as it is illegal and un-ethical in the UK.